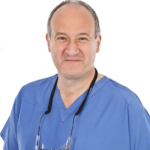 It is important to go to an ENT consultant in Manchester if you need an expert opinion. Professor Tim Woolford is such a man. He is not only an expert surgeon but a professor as well and a hugely respected doctor. Ear infections, deafness, earache, tinnitus and dizziness can also be investigated and treated by Professor Woolford. He can also schedule a hearing test which is performed by an experienced audiologist. All ear, nose and throat problems should be dealt with timeously and never left as they could be an indication of a far more serious health issue. He has great expertise in the management of many nasal issues such as blockages, sinusitis, nasal polyps, smell disorders, facial pain and nose bleeds. Another of his specialities is disorders of the throat which may entail treatment or surgery.

Professor Tim Woolford is a Consultant Ear, Nose and Throat surgeon at the University Department of Otorhinolaryngology. In Manchester, ENT consultant Prof Tim Woolford is unequalled in his knowledge of all problems concerning the ear, nose and throat. He has 20 years of managing patients with ear, nose and throat conditions. In his NHS and private practice, he manages patients with a variety of elective and emergency ear, nose and throat conditions. His main clinical interest relates to rhinology, septorhinoplasty and nasal reconstructive surgery. He has one of the busiest specialist clinical services in this field in the UK.

The professional standing of Professor Woolford as an ENT consultant in Manchester is unrivalled. He is a past President of the ENT Facial Plastic Surgery Society and President Elect of the Section of Rhinology and Laryngology of the Royal Society of Medicine and a Trustee of the British Rhinological Society. He has represented his speciality on the Royal College of Surgeons Interspecialty Committee on Cosmetic Surgery and has previously been a Royal College of Surgeons Examiner in Otorhinolaryngology – Head and Neck Surgery. He is the Associate Editor of the Journal of Laryngology and Otology and previous Academic Chair of the British Academic Conference of Otolaryngology. When you need the assistance of an ENT consultant, contact ENT Surgeon: Prof Tim Woolford. He is an invited Interspecialty member of the British Association of Aesthetic Plastic Surgery.